This website has been archived. For the latest information about WorldSkills please visit worldskills.org.

Stepping on the Skills Accelerator in Africa

The mission to promote and enhance skills among young Africans has been highlighted at the inaugural “International Skills Excellence Forum” which was held from 2 to 5 May, 2017 in Livingstone, Zambia.

Key stakeholders from education, industry, and government in Africa visited the conference and mini skills competition which showcased the importance of skills for the career prospects of the continent’s youth. WorldSkills also held its Board of Directors meeting in Africa for the first time. Given the presence of WorldSkills Board of Directors, the participants, including the Minister and Permanent Secretary of Higher Education, had the opportunity to learn about WorldSkills and its impact on the global and national levels.

David Chakonta, the Director General of the Technical Education, Vocational and Entrepreneurship Training Authority (TEVETA) – the parent institution for WorldSkills Zambia said the highlight of forum was “the way it brought together local and international stakeholders who advocate for the skills of excellence.”

He added, “The Competition went very well, and a memorable highlight was that the students excelling in skills were being able to personally shake hands with Simon Bartley, President of World Skills, and the Minister of Higher Education, Nkandu Luo.” 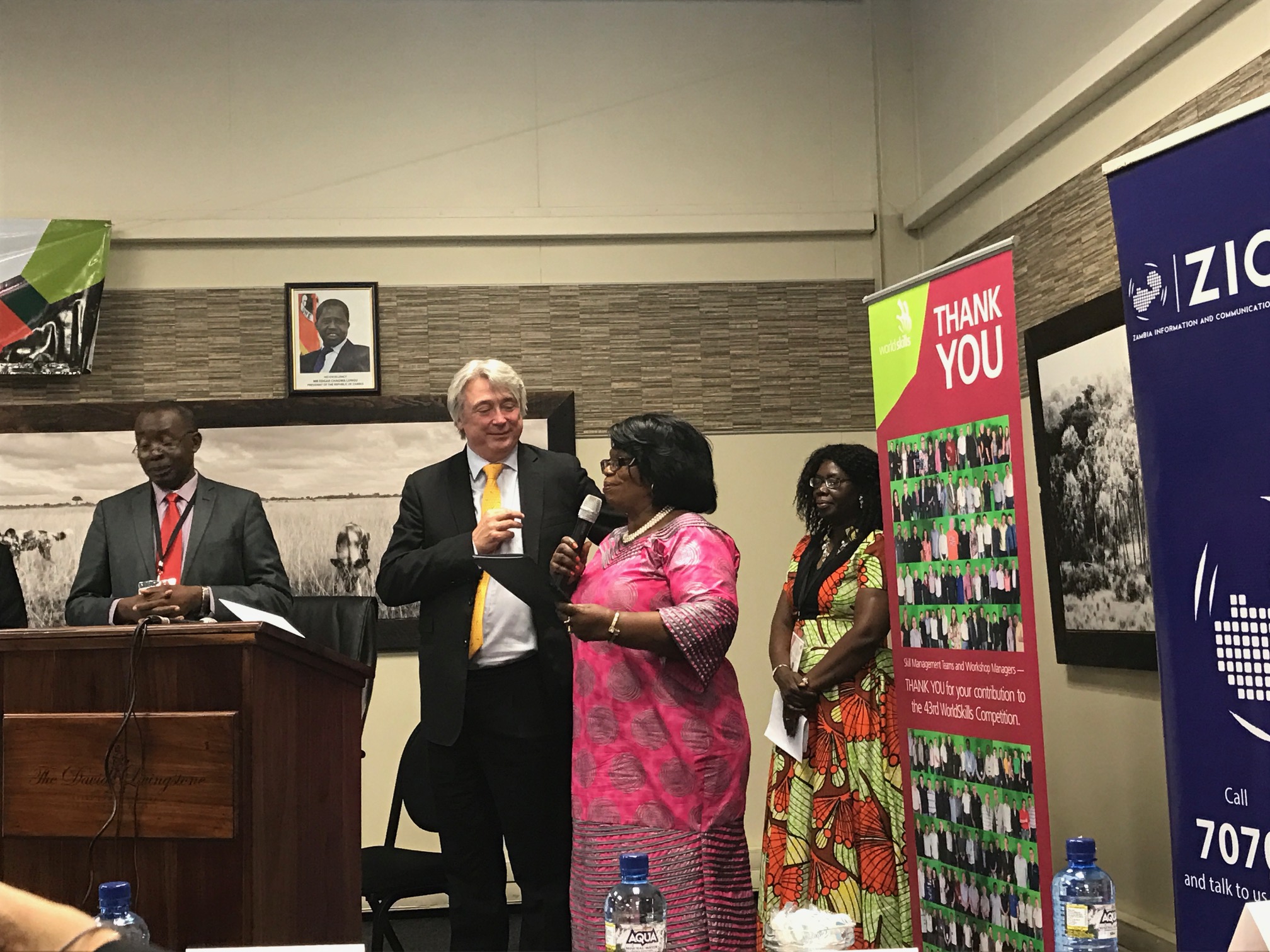 Mr Chakonta said he hoped the inaugural forum would go towards improving skills standards across the country, pointing out that there are number of ongoing projects underway to boost skills development; including introducing students to simulated work environment where trainees are able to practice their vocation under realistic workplace conditions.

WorldSkills Zambia, which was established in 2014, hosted the event under the theme ‘Partnerships for Industrialization, Job Creation, and Sustainable Skills Development’ and as part of the Skills Development in Africa project, which connects WorldSkills Members, Global Partners, international organizations, NGOs, and others to create and facilitate new opportunities for young people in Africa to develop new skills.

As the Vice President for Special Affairs who has the lead on the development in Africa from WorldSkills Board, San-Quei Lin, explained, WorldSkills Zambia is one of six WorldSkills Members in Africa, and prides itself on being “very proactive in improving the country’s Technical and Vocational Education and Training system and raising skills standards”. 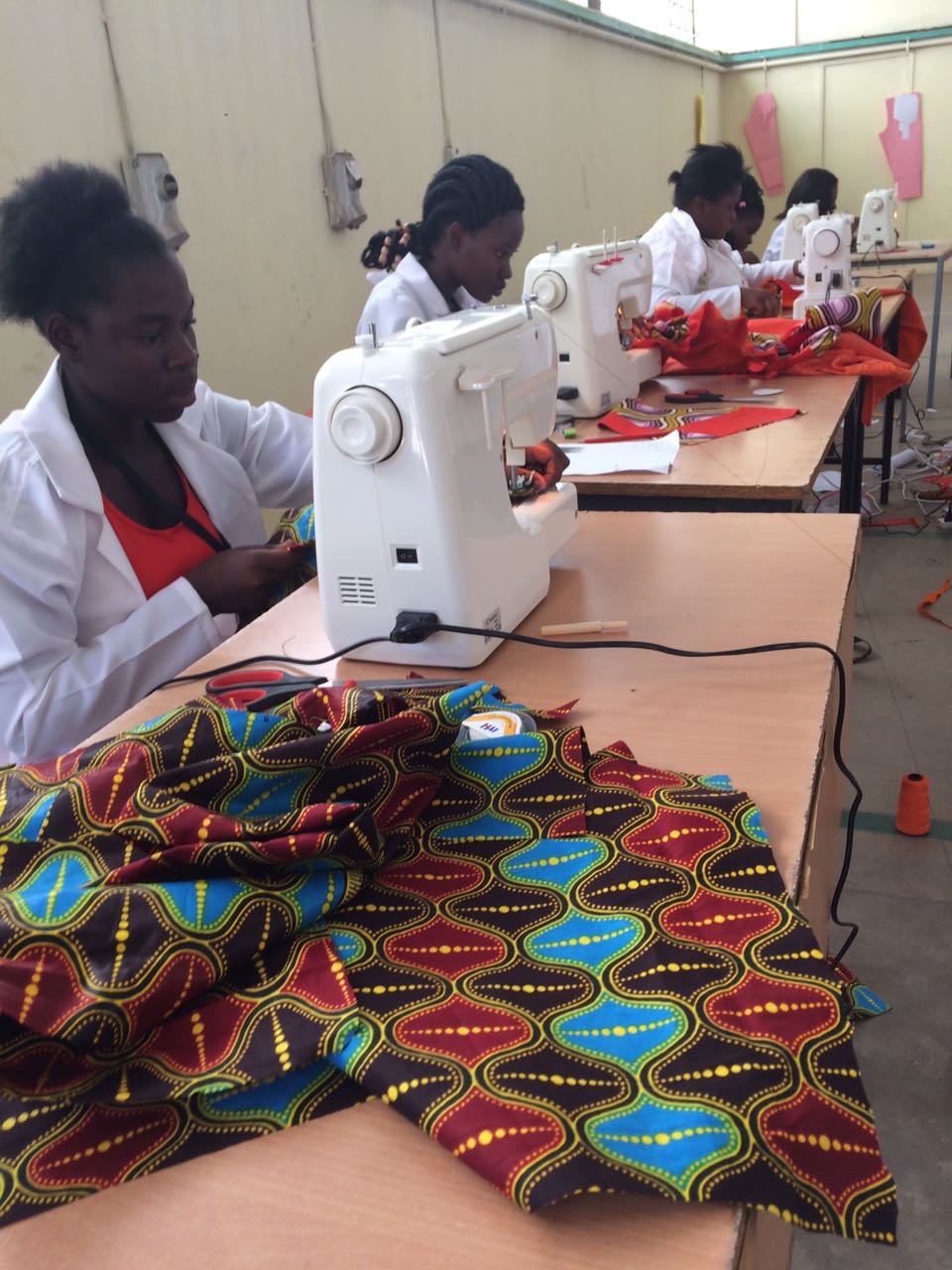 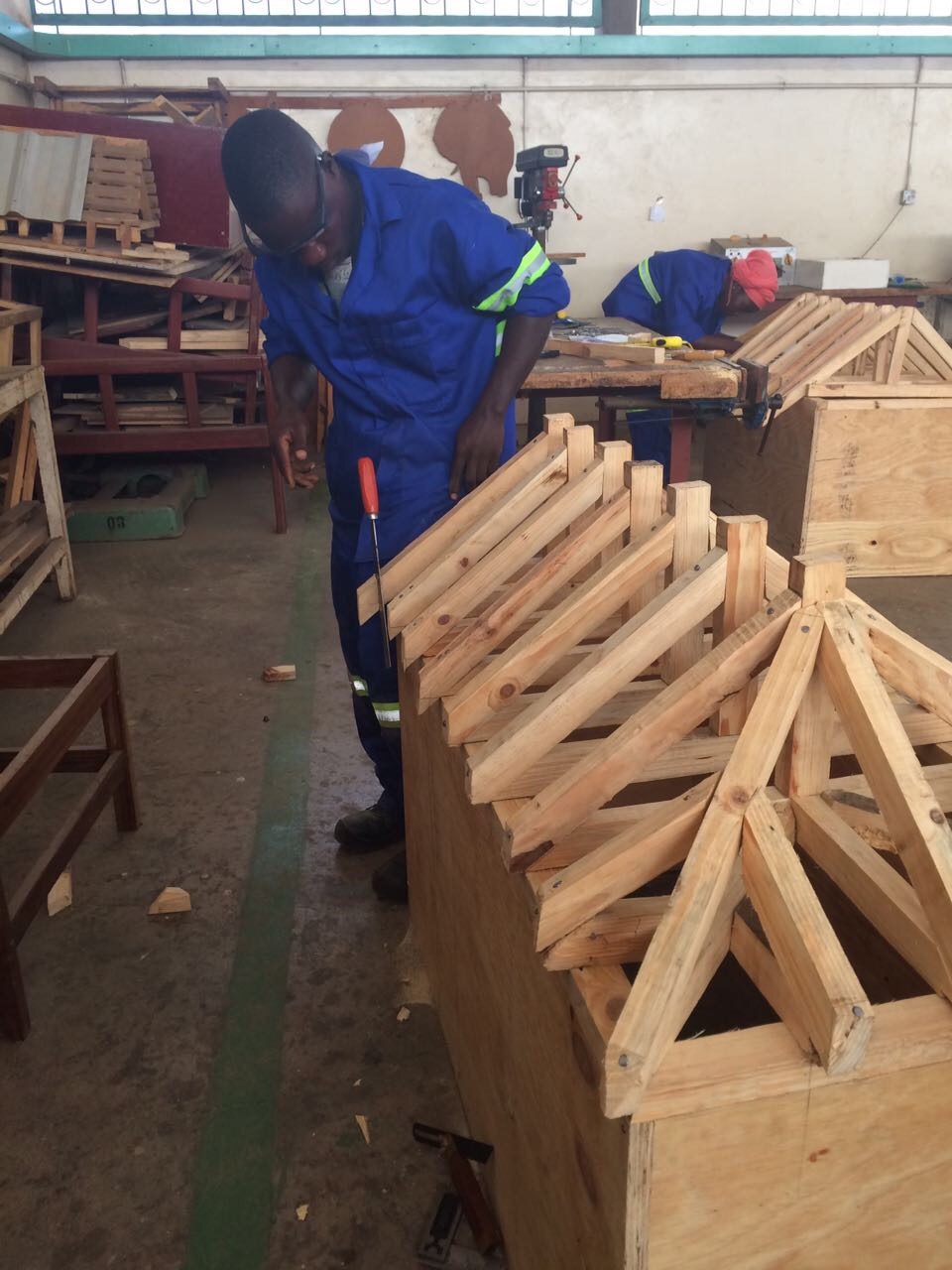 “We hope this event has successfully attracted support from key stakeholders, as well as connecting people who are interested in skills development in Zambia and neighbouring countries. From WorldSkills perspective, we have had the chance to connect with companies and individuals who will play an important role in our work in Africa.”

“The Skills Development in Africa project is one of the top priorities within WorldSkills Vision 2025. Its focus is on improving skills among all young African men and women, rather than just increasing the numbers of African Members of WorldSkills.”

Challenges that are being encountered along the road to strengthening Africa’s skills base – as well as potential paths to addressing them – were discussed at the WorldSkills General Assembly 2016. Mr Lin believes that Zambia’s staging of the conference, skills competition, and WorldSkills Board of Directors meeting has built on the vocational skills progress that has already been made in Africa since the General Assembly.

“In December 2016, WorldSkills Global Partner, Festo, and the Tanzanian government, held the first East Africa Regional Skills Competition in Dar es Salaam with WorldSkills support,” he said. “We believe that while this may be a small step in terms of regional skills competitions in Africa, it will represent a major step in skills development on the continent.”

Francis Mwape, Technical Delegate of WorldSkills Zambia added, "Zambia being a young Member of the WorldSkills family was given this grand historical opportunity by the Board of Directors of WorldSkills. Hosting the first Board meeting on the continent of Africa is a huge honour.”

"The event has given our partners impetus to invest in smart partnership with stakeholders in the VET sector to enhance opportunities for the youth in terms of productivity, employability, and innovation.”

"The event has increased believability in our partners and we are very thankful to the Board and management of WorldSkills for the support they provided to engage the Zambian community at the inaugural International Skills Excellence Forum, which is now a ‘brand’ and shall be held every year under the WorldSkills framework."

Other ongoing projects that are part of Skills Development in Africa, include Skills on the Move, a programme where WorldSkills Champions and Experts pass on their knowledge to local Rwandan trainers, and skills competitions that profile the opportunities for young people in skilled careers. These have been established in Côte d’Ivoire, Namibia, South Africa, Tanzania, and Zambia.